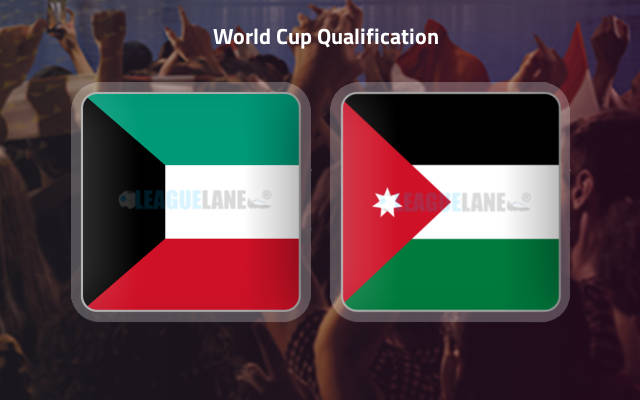 Kuwait and Jordan lock horns in an all important qualifying fixture with second spot up for grabs in Group B.

Jordan is certainly the better of the two, judging by their performances so far and sit with 13 points in the standings.

Australia top the group with 18 points and they will confirm their qualification as group winners to the next round with a win against Nepal the same day.

Kuwait on the other hand are third, 3 points behind Jordan and their wins so far came against two minnows in the group Taipei and Nepal. Though they hold Jordan to a goal-less draw, their remaining performances have been far from commendable.

Jordan did relatively well in the group phase and only lost narrowly to Australia which dented their chances of finishing at top of the group. Their defense has been breached just twice in the competition so far and they could prove tough to break for Kuwait who failed to score in 3 games against higher ranked teams in the group.

I am expecting a low scoring affair, Jordan certainly the team to back here for a win.