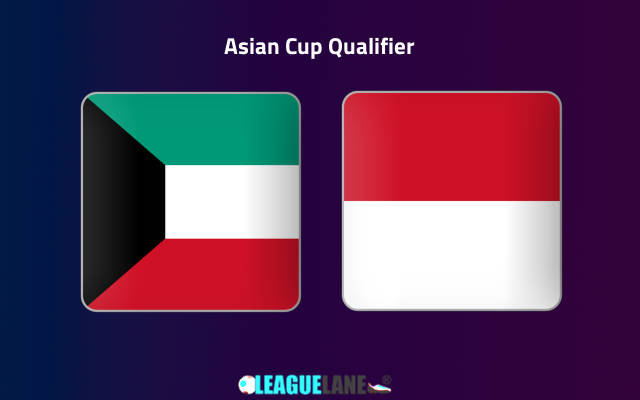 Kuwait had the misfortune of being placed in the same group as that of Australia for their qualifiers, and for the reason had to settle for a second-place finish. Still they delivered a great campaign and have built quite some momentum as a result as well.

Meanwhile the Indonesians had a poor campaign through the tournament and had finished bottom-most in their group. In fact, they had a 100 percentage losing record, barring a single draw.

They had let in goals in plenty all through the competition and rarely found the back of the net as well. Going on they also have a poor head-to-head record against this opponent at their home.

For the reasons expect Kuwait to secure a win this Wednesday.

Kuwait have lost just once at home in the past 17 months, and they had lost just twice during the second round of Asian cup qualifiers. Note that both these defeats had come against toppers Australia.

It also needs to be noted that they had scored 7 or more goals in 2 of their total 4 home appearances in the competition.

On the other hand, Indonesia were winless in 5 of their past 7 overall games and they had won just 5 times on the road since November of 2016.

Going on, they had lost 7 of their total 8 matches in the second round of qualifiers and had let in a total of 27 goals in the process. In return they were able to find the back of the net only 5 times.

Considering these observations, expect the Kuwaitis to have the upper hand this Wednesday.

Tips for Kuwait vs Indonesia