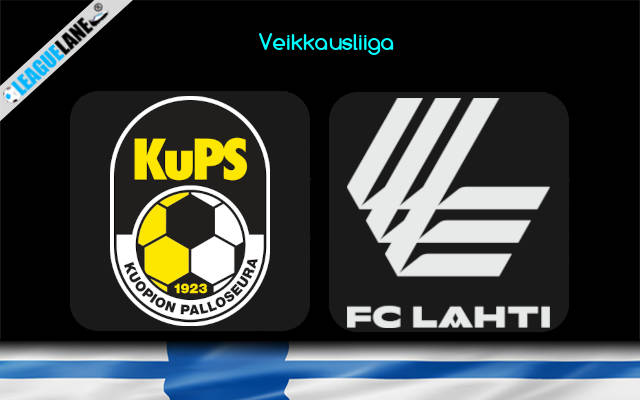 Round 14 of Veikkausliiga is set for this weekend as the table topper KuPS play host to the relegation fighting Lahti where both these sides differ by 16 points and are separated by 9 places. These two teams will be seen clashing at Vare Areena, this Sunday.

KuPS is at top flight in Veikkausliiga with 30 points from 13 games. They won 9 times in the league while drawing thrice and losing only once. They have scored 20 goals in total while conceding a sum of only 9 which shows how profound their defense and offense lineups are.

The hosts will be looking for another win after a 2-0 Conference League Qualifiers victory against Dila Gori. KuPS have been stingy, resulting in the tally of goals that have gone in at their end over the course of their past 6 outings stands just four.

On the other side, Lahti resides at the 10th position on the table with 12 points. Of the 13 matches played, they won and drew 3 times each while having lost on 7 other occasions. Their struggles at the defensive end of the pitch has also been another key factor as they have conceded 25 goals so far.

The visitors go into this clash following on from a 2-1 Veikkausliiga win over FC Inter Turku in their last outing. Lahti have been scored against in all of their last 6 matches, conceding 15 goals overall.

The hosts have not been beaten in the league by FC Lahti in their previous 8 matches. KuPS also remain undefeated in their previous 10 home matches where they won 9 times overall. Coming into this one, they has picked up 13 points from the last 5 league games, both home and away.

By the looks of things, expect a victory for KuPS this Sunday.