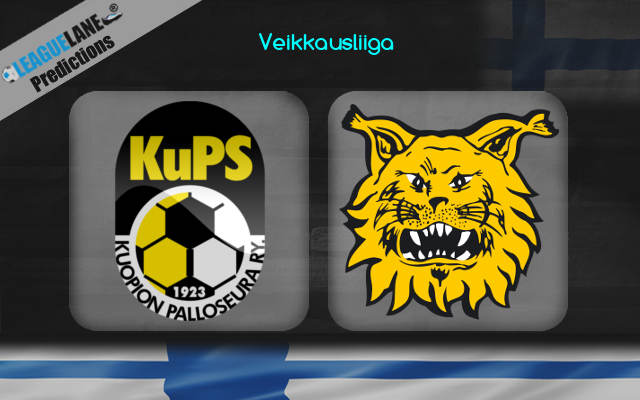 KuPS are in excellent form and clear title challengers in this season’s Finland Veikkausliiga.

Eventhough Ilves are not far behind in the standings, they have been inconsistent on the road and there are enough stats that put KuPS as clear favourites to win Monday’s duel.

KuPS were in action this midweek, in Europa League qualifier at Romania and missed the main tournament with the 3-1 defeat to CFR Cluj.

At the same time, they have been pretty consistent in the Veikkausliiga and come to this match on the back of 7 consecutive wins.

It is also worth to note that they were beaten just once this season, that was handed by current leaders HJK sitting with a point above them.

Ilves are 5th in the table and their form draw an inconsistent pattern, currently on a 2 match winning streak, they drew 1 and lost 2 previously.

Away from home, they have a record of 3 wins, 1 draw and 4 losses and have a negative goal difference of 3.

At home, KuPS are on a four-match winning steak against Ilves.

If the form and h2h stats are be believed, we do not have to look anywhere else than a home win in this fixture.

We also hope to see some goals in this game since Kups saw over 2.5 goals in 7 of their 8 home games this season, while Ilves have scored in all but 1 away game this season.