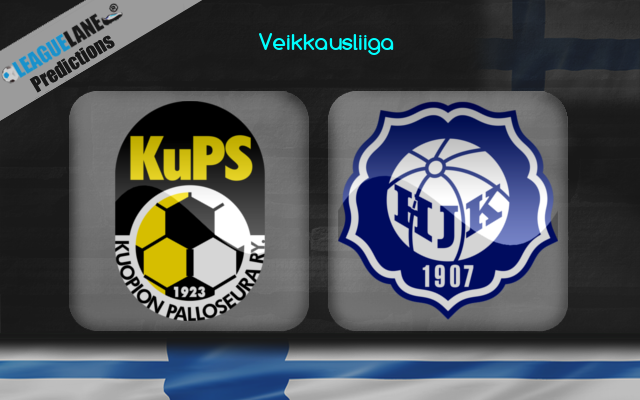 KuPS had an impressive start to this season. They have succeeded in maintaining it further and as a result, they are in the possession of the top spot of the table at the present. Their strong offensive and defensive line-up assures the unbeaten run they are enjoying since the beginning.

KuPS recorded a 0-1 win on road against HIFK in their most recent league fixture to wove a thread of 9 subsequent unbeaten games in the league. They will be hoping to make it 10 in a row and to remain unbeaten in every fixtures played this season so far.

Meanwhile, HJK have been also enjoying a strong spell of form in the league since the start. They have recorded enough of unbeaten outcomes to stay at the second spot of the table well clear from the other outfits. Also, they are points level with the top spot occupier.

But they have one game difference with KuPS. However, they will be having positive spirits to seal a win from the coming fixture following their current unbeaten streak of seven games in the league out of which six were three pointers.

KuPS possess an highly impressive home form this season which only forces us to back them in sealing a win if the match is scheduled at home. They won each of their four league fixtures at home this season so far scoring two or more goals.

On the other side, HJK also possess an impressive form on road. They are yet to record a defeat on road this season. Their offensive side worked well away and we can expect them to do the same in this fixture to make it so competitive.

We are backing the home side KuPS as they owns a winning streak here. But we can’t cut off the chances of HJK here, thus we back the draw no bet option for this one.