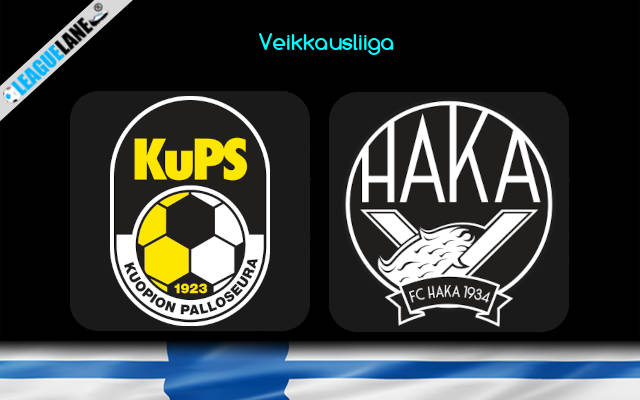 KuPS had a decent start to this season. They won five and drew one of their six league fixtures so far this season. Unlike all other outfits, they have not lost a single league outing this season so far. A start like that is more than enough to have highest of spirits.

KuPS recorded a 1-1 draw against Mariehamn in their most recent league fixture. The above draw extended their unbeaten run to six games. They will be hoping to make it seven in a row by sealing a positive display from the upcoming league fixture scheduled at home.

Meanwhile, Haka had an average start to this season. They won three and lost three of their six league fixtures so far this campaign. With a total of 9 points, they are currently at the 5th spot of the table which is inside the safe zone.

Haka recorded a 0-2 defeat at home against VPS in their most recent league fixture. They were on the back of a 3-0 defeat against Oulu before recording the above negative outcome.

KuPS won each of their three home fixtures this season. Their offensive line-up scored two or more goals in each of those. Such a form will only boost them to record more.

On the other side, Haka lost two of their three on road outings this season. They have leaked three goals in each of those negative on road outcomes.

On top of that, KuPS have a decent head to head form against Haka. Therefore, we back KuPS to seal a win on Thursday when they meet Haka in a Veikkausliiga fixture.