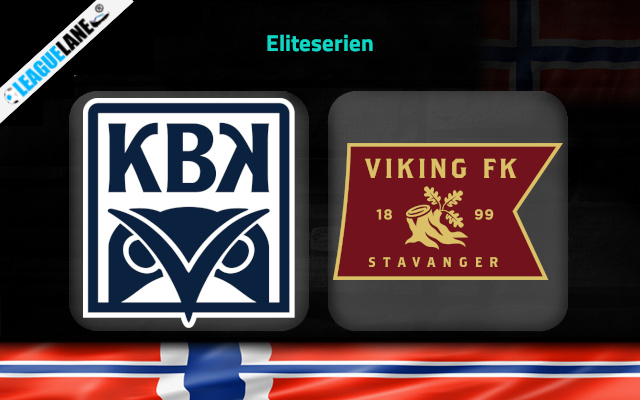 Viking have been one of the decent performing team in the Norwegian top flight based on recent form. Meanwhile, Kristiansund can be counted as the absolute worst team in the league as well, based on their recent form.

They are on a losing streak and are letting goals in huge numbers. Except for a win, they are winless in all the fixtures they appeared in the past 10. However, they are finding the back of the net for at least once in the past five fixtures which deserves to be mentioned here.

Meanwhile, Viking are seen playing different fixtures across the continent lately. Even though, their results look negative, the exposure against clubs battling different competitions will be a plus for them prior to this domestic clash against Kristiansund.

In addition, Kristiansund have missed on a European ticket for the past several years. And it doesn’t appears that they are determined to make amends at least this time.

Going on they also have a superb head to head record against this rivals over the years and taking into account all these observations, it is expected that we are about to witness a victory for Viking.

The Owls are on a 10-game winless streak at home and had lost six of those. Do also note that they had let in two or more goals in seven of the past 10 home outings.

On the other hand, Viking are unbeaten in four of the previous six on the road fixtures. In addition, they have a dominant head to head record against this rival over the years.

Taking into account these observations, expect a victory for Viking on Wednesday.