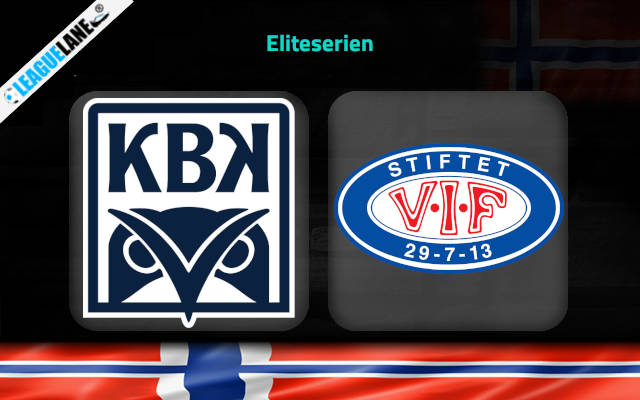 Game week 30 of Eliteserien brings the match of Kristiansund against Valerenga. The 6th and 7th place teams will face each other at Kristiansund.

Kristiansund is moving down the table with each game week. The hosts have 43 points, putting them in the 7th position in the league table. Their last match against Sandefjord ended in a loss for the team with 3-2 FT score.

Valerenga are on good form at the moment. The team has won their last couple of matches, helping the team gain points, which helped them become the 6th positioned team in the league table. The team has gained 45 points from their league matches. Their last match against Mjondalen finished with 2-0 FT score in favour of Valerenga.

Even with a win in the upcoming match, both teams have no chance in playing in the play-offs.

After the good games at the beginning of the season, Kristiansund are not on their best performance at the moment. The hosts have lost their last 3 matches in Eliteserien. However, the team has scored in 7 of their last 10 matches.

Kristiansund has performed well in their home matches. The team has won 7 out of their 14 matches and the team has not failed to score in 13 of their matches. Their last home match was against Viking, which ended in a loss for the team with 2-3 FT score.

Valerenga are unbeaten in their last 5 matches. This unbeaten streak has increased the team point exponentially, taking them up the league table. The visitors have also scored in 8 of their last 10 matches.

Valerenga has won their last away match against Odd with 1-2 FT score. The team so far has 11 wins, 12 draws and 6 losses in Eliteserien.

Both teams have scored in their last 5 matches and there is a good chance there will be goals in both halves.