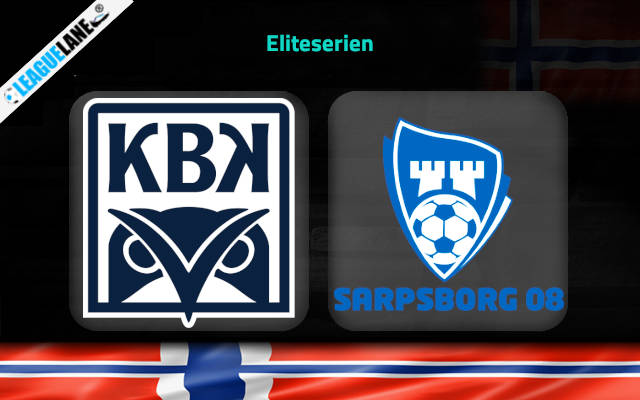 Kristiansund played in a series of club friendless before their first match in this season’s Eliteserien. However, the team were able to find wins in only two of the matches. Kristiansund was the sixth positioned team by the end of the last season with 14 wins, 2 draws and 12 losses from their matches.

This season has started with a loss for the team. Their match against Aalesund ended goalless for the team. Aalesund scored their goal in the start of the second half itself and maintained the lead for the rest of the evening. The match ended with 1-0 FT score.

Sarpsborg 08 has achieved mixed results from their recent matches. From the last ten matches, the team has got four wins, three draws and three losses. Sarpsborg had finished in the eighth position in their last season and had lost in more matches than they had achieved wins.

Sarpsborg has started off the season with a loss to their name. Vikings scored their goal in the last minutes of the match, making it difficult for Sarpsborg to score an equalizer. The match ended with 0-1 FT score.

Kristiansund and Sarpsborg have started off their season with a loss to their name. They are in a similar position when it comes to the performances the teams have exhibited in their recent matches.

Kristiansund’s recent home matches show the team with an unbeaten streak. The team has played well in their home ground and has lost in only a few of their matches. Sarpsborg has got wins and losses one after the other in their away matches. The team has, however, scored in their last seven consecutive matches.

Both teams have performed almost similarly in their matches. So, we can expect the match to be tight. However, Kristiansund has the advantage of playing in their home ground. So, the match will most likely end in a win for Kristiansund.