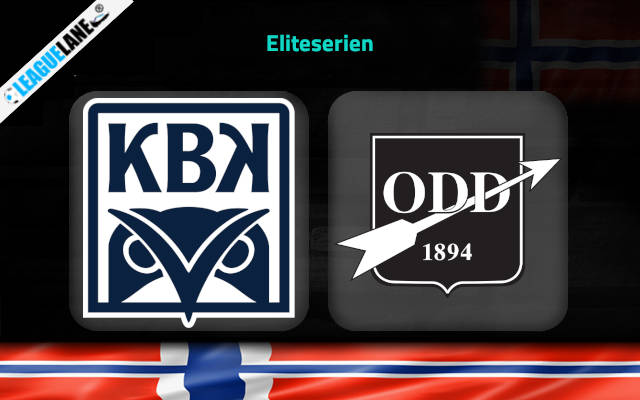 Kristiansund have been the worst team in the Norwegian top flight this season and as expected they are placed bottom-most in the table. Meanwhile Odd are in possession of a mid-table position and their form has been comparatively far more impressive.

Kristiansund are the only team in the whole league yet to register a win, and they are on a long losing streak as well. They have also scored the least number of goals of all the teams in the tournament and have conceded the most too.

It also deserves to be mentioned that they have scored a total of just 5 goals at this venue all through the current edition of the Eliteserien.

Meanwhile Odd have lost just thrice on the road so for this season, and they have also won 3 of their past 4 such fixtures. All along they have been finding the back of the net in plenty and they hope this momentum will help them to post even more points on the board in the coming weeks.

By the looks of things, it is expected that we are about to witness a victory for Odd this Sunday.

Kristiansund are on a 4-fixture losing streak and they had let in a total of 11 goals in the process. Do also note that they had lost 12 of their past 15 overall matches.

Going on they had lost 5 of their previous 6 appearances at this venue and in the process, they had let in a total of 14 goals.

On the other hand, Odd were unbeaten in 8 of their past 11 overall games and in the process they had gone on separate 3-fixture as well as 2-game winning streaks.

They are also on a 6-fixture unbeaten run away from home and in the process they had delivered 5 wins in a row.

Considering these observations expect a victory for Odd.

Tips for Kristiansund vs Odd