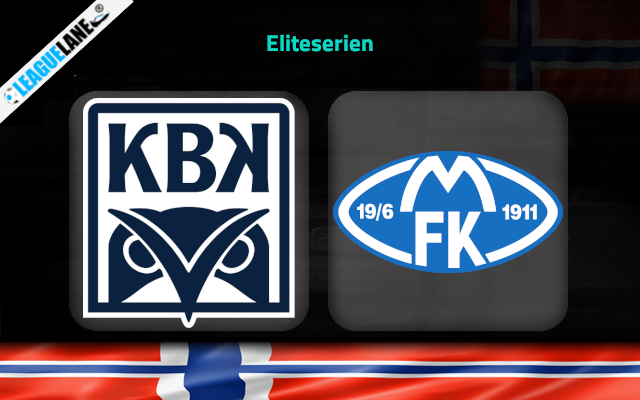 Kristiansund had a dreadful start to this season. Their so far run doesn’t possess anything impressive and as a result, they are pushed down to occupy the bottom spot of the table. They are yet to record a win and their slump is boosted by a worst offensive and defensive line-up.

Meanwhile, Molde had a decent start to this Allsvenskan season. They maintained the same further by sealing unbeaten outcomes in a frequent rate. As a result, they are currently occupying the top spot of the table. Their offensive and defensive line-up also looks decent.

We can see Kristiansund recorded a 1-1 draw against Tromso at home in their most recent league fixture. It was their 15th winless recording this season. They have only won once so far this season. Such a poor run wont help them to have good spirits even at home.

Kristiansund possess a dreadful form at home so far this season. They are following a winless streak for seven league games at home. Four of them were negative displays.

On the other side, Molde recorded a 3-0 win against Stromsgodset at home in their most recent outing. With that win, they are following an unbeaten streak for 18 games across all competitions. Most of them were positive outcomes too.

Molde have been enjoying an excellent form on the road too. They have succeeded in making a thread of 14 consecutive unbeaten games while playing away despite of facing some competitive outings like the Qualification fixtures for the upcoming Europa Conference League season.

Considering all the above stats, we are left to back Molde to seal a win against Kristiansund when they both meet in an Eliteserien match-day with the current top spot and bottom spot battling.