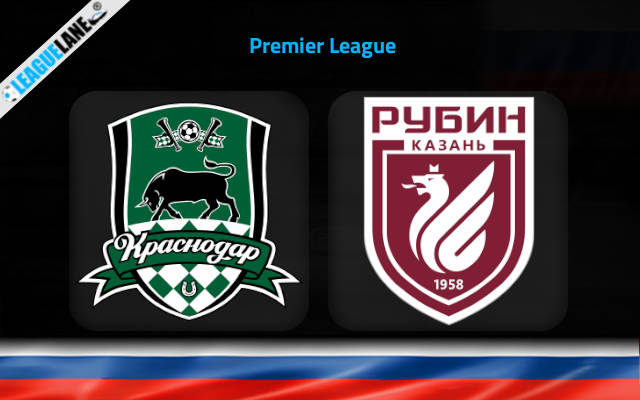 Kazan are one of the best teams in the competition, and had secured a fourth-place finish the last season. Meanwhile, Krasnodar are going through a poor run, and are conceding in plenty. Likely, expect a win for the former this Friday.

Kazan had missed out on a Europa League spot by a whisker the last campaign – a deficit of just three points, and they are determined to not let anything of that sorts happen again.

The team has begun their new season on a great note, and will be going after the three points this Friday.

In the meantime, Krasnodar are on a long winless run, and have been abysmal this new season. They are conceding quite in plenty, and only the dead-last placed Ural have lost more matches than them this new league season.

As such, expect a win for Rubin Kazan this weekend.

Kazan are on a seven-fixture unbeaten run, and they had remained so in 25 of their last 30 fixtures. Do also note that the last they lost on the road was back in the first week of December.

On the other hand, their counterparts had lost three of their former four overall games, and they had also remained winless in 19 of their last 24 games. And at home, they had remained so in ten of their preceding eleven appearances.

By the looks of things, expect a win for Kazan.

However, considering the h2h superiority of Krasnodar, count on them to find the back of the net at least once.