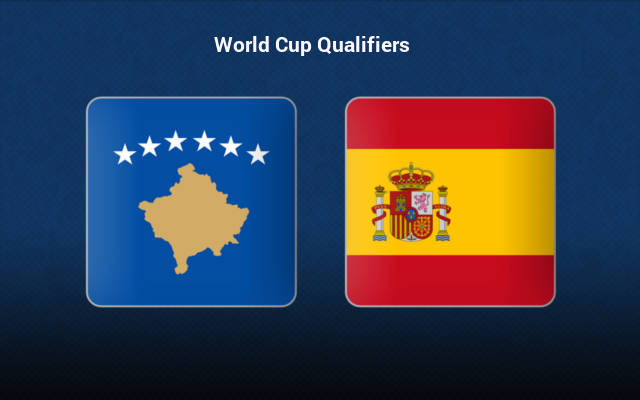 As of now, Luis Enrique’s men are ranked 7th in the world, as opposed to their counterparts being placed 115th in the same list. They had made it till the semis of the Euros 2020, and bowed only to eventual champions Italy, and that too via penalties.

Going on, they have one of the most talented squads in the world at the moment – and impressively, most of them are youngsters. The Spaniards are once again preparing for a long duration of domination.

In the meantime, Kosovo have a 100% winless record this campaign barring a single victory – and it had come against the dead-last placed Georgia.

Not only are they going through an inconsistent run, but they are conceding in plenty, and have a poor h2h record against this opponent as well.

By the looks of things, expect a crushing win for Spain.

Kosovo were held to a 1-1 draw the last match-day by Greece. In the meantime, the Spaniards had won 4-0 against Georgia.

Going on, Kosovo were winless in 14 of their past 20 overall fixtures, and in the process they had gone on two separate three-game losing runs.

They also have won just once in this qualification campaign – and the victory had come against the worst team in the group – Georgia.

On the other hand, their counterparts are the toppers, and they have a 100% unbeaten record disregarding a single loss. They also have scored the most number of goals, and importantly, they have a 100% winning record in h2h meetings.

In addition, Kosovo are ranked 108 spots below the 7th ranked Spain by FIFA.

For these reasons, expect a win for Spaniards this Wednesday at the Stadiumi Fadil Vokrri.