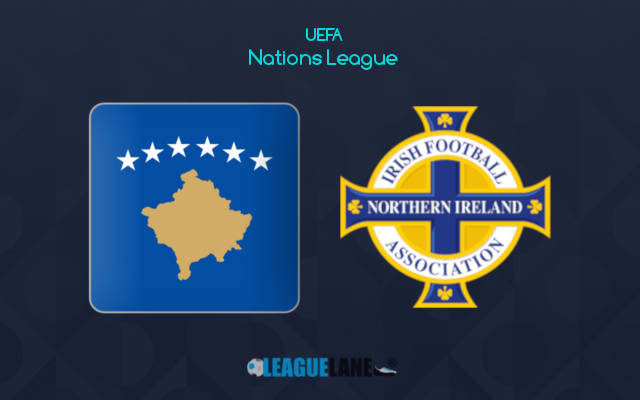 Northern Ireland did put in a great effort in order to make it to the upcoming World Cup, but they missed out by a whisker. They were placed in a tough group that included Switzerland and Italy, and still they managed to secure a 3rd place finish.

However, a top-two finish was required in order to at least make it to the playoffs. Still, they have gotten massive confidence from this campaign, and will definitely try and use this in their ongoing Nations League tournament.

Meanwhile, Kosovo ranked much below in the FIFA list than their counterparts for the day, and they also had an embarrassing campaign in the World Cup qualifiers. They were placed bottom-most in their group, and had a total of just one win against their name.

They had conceded the most number of goals and had also scored the least. Their recent performances have also been quite worrisome and their defense has been lacking for the past several months as well.

By the looks of things expect Northern Ireland to have the upper hand this Thursday.

Kosovo were winless in 8 of their last 10 overall fixtures, and in the process they had gone on a 4-game losing streak. Do note that they had also lost 4 of their past 5 appearances at home.

On the other hand, counterparts Northern Ireland were unbeaten in 9 of their past 14 fixtures, and they had remained so in 4 of their last 6 road trips.

By the looks of things, count on the Northern Irish to have the edge this Thursday.

Still both teams have been struggling with the defence for the past couple of months and with this being a crucial fixture, it is expected that goals will come from either end of the pitch.

Tips for Kosovo vs Northern Ireland