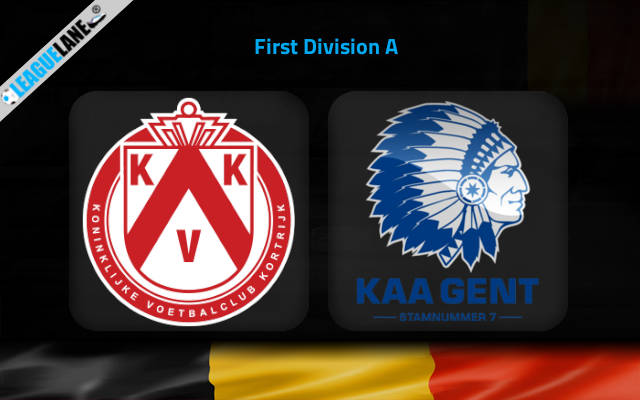 Gent are possibly one of the best teams in the competition at the moment, and are in the running for a spot in the top-four. Meanwhile, Kortrijk are one of the worst in the Belgian top flight, and are placed in the relegation zone at the moment.

They are placed 16th in the table, and are one of the few teams to have remained winless all through the last five match-days in the league. They also have won just once at this venue so far in the competition, and all along they conceded goals in huge numbers.

Meanwhile, Gent lost just once in the past five game weeks in the league, and this sole loss came against the in-form Royale Union.

In fact, they have a perfect run in November so far. Not only did they record wins in all of their games this month, but they kept clean sheets along with it too.

Do also note that they have a dominant h2h record against this rival over the years.

By the looks of all these things, expect a win for Gent this Sunday at the Guldensporen Stadion.

Even in front of their home crowd they were unable to deliver good defensive performances, and as a result have put themselves under huge pressure.

On the other hand, Gent are on a winning streak at the moment, and scored 11 goals from their past three matches combined. They are also on a long unbeaten run – and even so on the road.

Considering these observations, as well as past h2h clashes, expect a win for Gent this Sunday at the Guldensporen.

Tips for Kortrijk vs Gent