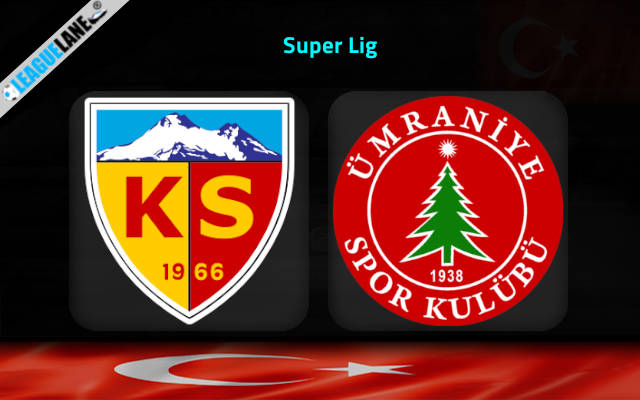 Konyaspor will be facing visiting rivals Umraniyespor at Konya Buyuksehir Belediye Stadium in this Turkish Super Lig fixture on Sunday.

Umraniyespor earned the top flight promotion by finishing second on the 1. Lig table last season. However, they had a gloomy start to this season.

They are yet to record a win upon returning to the elite class of Turkish football. Two draws and five losses pushed them down to occupy 18th spot in the league standings.

Meanwhile, Konyaspor has been on a superior form all through the previous season and it seems that they carried over this momentum to the new season as well. Things are finally heating up for the team after a slow start caused by back-to-back drawn fixtures.

Going on, they have a 100% unbeaten record this season barring a single defeat against one of the top performing clubs in the Turkish topflight, Galatasaray.

Do also note that they had scored goals four times to the number of goals they leaked so far in this season.

Taking into account these observations, expect a pleasant day for the local supporters at Konya Buyuksehir Belediye Stadium on Sunday.

Umraniyespor has not won against Konyaspor when they have played against them in the past. Also, they are on a 3-fixture winless streak while playing away from home in this season.

On the other hand, Konyaspor is currently on a 3-fixture unbeaten streak in front of their home crowd and is on a separate 2-fixture winning streak. It deserves to be mentioned that their defensive steel has not allowed a single goal from the opposition.

Taking into account these observations as well as their head to head recordings, we expect a clean sheet win for Konyaspor on Sunday. We also back Under 2.5 Goals bet.