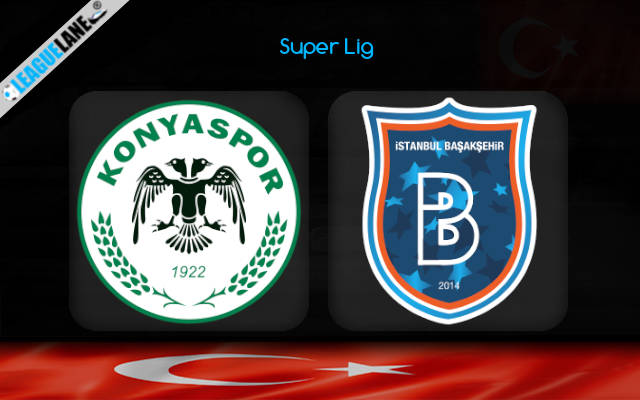 Both konyaspor and Istanbul Basaksehir had secured top-tier finishes in the Turkish top flight the last season and are counted amongst the best in the country as well.

Going on both teams have been finding the back of the net in plenty lately and had done so in their respective previous campaigns as well.

Konyaspor had finished 3rd in the league table the last season and they had scored just 3 goals fewer than the champions. It also deserves to be mentioned that they had missed out on a second-place finish by a margin of just 5 points.

Meanwhile, Basaksehir had finished 4th in the table and were trailing just 3 points below their counterparts for the day. Defense was their hallmark throughout the stretch.

Going on, goals have come in plenty between these 2 teams whenever they have locked horns in the past and particularly so at this ground.

Taking into account these observations, it is expected that we are about to witness a high-scoring thriller between the 2 squads this Monday.

Konyaspor were unbeaten in 8 of their past 10 overall fixtures and they had scored 2 or more goals in 3 of their past 5 games as well.

Do also note that they have lost a total of just 3 times in front of their home crowd since August of previous year, and in the process they had gone on 2 separate 3-game winning streaks as well as another 4-fixture winning stretch.

On the other hand, Basaksehir are on a 4-match winning streak and they had scored a total of 10 goals from their past 3 games combined. It is also impressive that they are currently on a 16-fixture unbeaten run.

Considering these observations, expect a high scoring affair between the 2 teams this Monday.

Tips for Konyaspor vs Istanbul Basaksehir