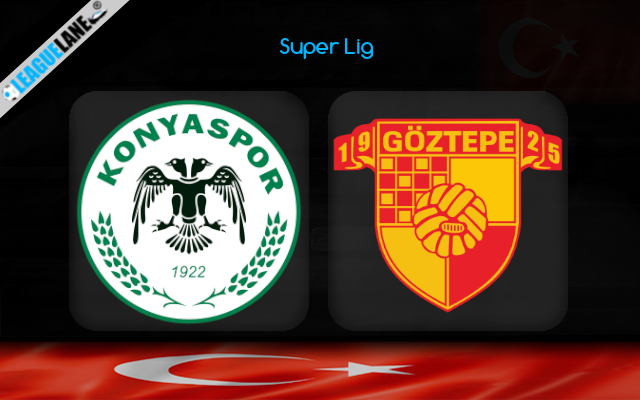 Konyaspor with brilliant results from league fixtures since the beginning of this season have managed to occupy a promotion spot. They are currently at 2nd spot of the table with a total of 55 points. They will be hoping to secure their spot by adding more points on the table.

Konyaspor recorded a 2-1 defeat against Fenerbahce on road in their most recent league fixture. It was their third losing game in the past 6 league fixtures. They will be hoping to arrest their current slump for sure.

Meanwhile, Goztepe are not pulling any trees so far this campaign. A defeat is the most often result recorded by them so far. As a result, they sits 18th on the table, inside the relegation spot. They have a disappointing offensive and a weak defensive lineup.

Goztepe have recorded a 0-2 defeat against Alanyaspor on road in their most recent league fixture. With that defeat, they are now following 7 subsequent losing games in a row. We have nothing much to expect from this Goztepe side.

Konyaspor have only lost once in the past 10 home affairs across all competitions. They have scored two or more goals in each of their past two home affairs and we can expect them to score the same when they come against Goztepe in their next Super Lig fixture at Konya Buyuksehir Belediye Stadium this Sunday.

On the other Side, Goztepe have lost each of their past three on road league fixtures leaking two or more goals. They have been possessing a good head to head stats over Konyaspor. But with the current form, they doesn’t stand a chance against this Konyaspor.

Therefore, we are predicting a clean sheet win for Konyaspor at the end of this one.