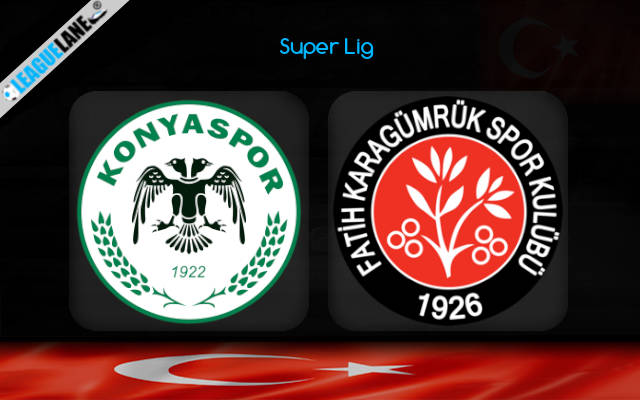 Konyaspor is battling for a UCL spot with Fenerbahce as they need only 2 more points to surpass them. Hoping to gain a win this Saturday they host Fatih Karagumruk at Konya Buyuksehir Belediye Stadium.

Konyaspor is at the 3rd spot on the standing with 64 points from 34 games. They won 19 times in the league while drawing on 7 and losing on 8 other occasions. The hosts are currently in the Conference League spot and their main aim now is to jump to the second in order to secure a UCL promotion.

Konyaspor come into this on the back of an entertaining 3-2 win against bottom-of-the-table Yeni Malatyaspor last weekend. The home team have won 3 of their last 4 matches as they begin this weekend’s round of fixtures sitting inside the top four and the European spots.

On the other hand, Karagumruk resides at the 9th position on the table with 50 points. Of the 34 matches played, they won only 14 games while drawing on 8 and losing on 12 other occasions. They lost only once from their last 5 league schedules and are a mid-table side. The visitors have seen conceding goals recently.

Fatih Karagumruk will go into this game following a 2-1 Super Lig win to beat Giresunspor in their previous match. They have been scored against in 5 of their last 6 matches, with opponents netting 9 goals overall. They are neither getting a promotion nor will be relegated at this point.

Konyaspor won the last 3 home games in a row while being unbeaten in the last 6. They lost only once this season at home soil and are remain as the best home team this season.

Meanwhile, Karagumruk lost twice of their last 3 away league fixtures and they even lost the last 2 h2h league matches against this foe.

The visitors come up against a motivated and in-form Konyaspor who, especially with home advantage, will come into this one as firm favorites. They even have a motive whereas the visitors doesn’t have one.