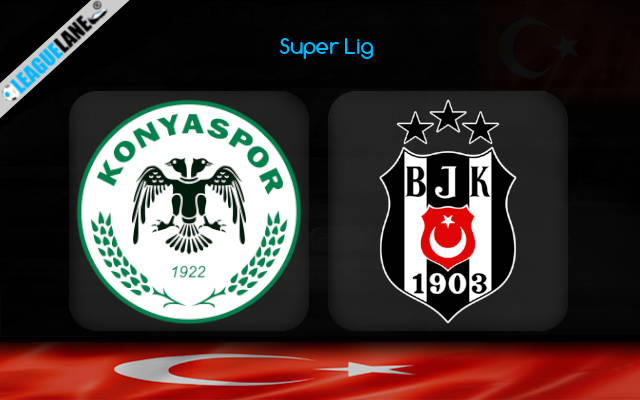 Konyaspor vs Besiktas Predictions and Free Tips from our expert tipsters when the teams go head-to-head in Super Lig on Saturday, 14 January 2023.

Konyaspor are finding it difficult to win matches as they are on a three-game winless run. Mame Diouf’s hattrick helped them win one point as they held Fatih Karagumruk in an exciting 3-3 draw recently.

Meanwhile, Besiktas are fifth in the league and have picked up two wins since late December. The only drawback is that they have not won an away game in the last two months.

The most important point to note is that Konyaspor are unbeaten in the last two head-to-head matches.

Both teams last met back in May and the game ended in a stalemate. The last time the visitors won a game at this ground was more than two years ago.

Who will win the match between Konyaspor and Besiktas?

Do also note that Besiktas are on a two-game winning streak in the league, however they have struggled at this ground in the past. Therefore, a draw will be most likely outcome.

Three of the last four head-to-head meetings between these two teams ended with less than three goals combined. We can expect the same trend to continue for this game as well.

Both teams have scored in two of the last three head-to-head matches. We can expect the same trend to carry on.

Moving on, our second tip for this game is that Both teams to score – at 1.90. Both teams have scored in two of the last three overall head-to-head matches. The only exception is the December fixture back in 2021.