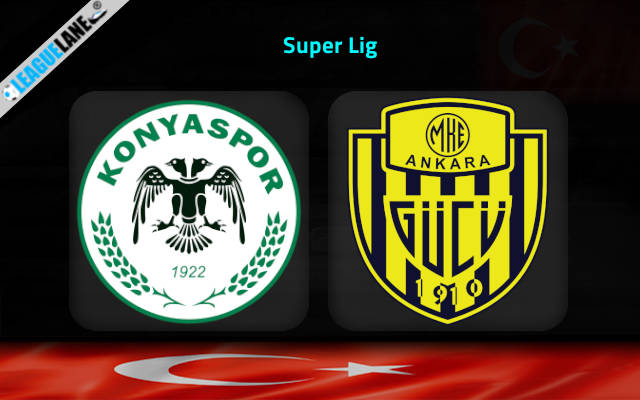 Konyaspor vs Ankaragucu Predictions and Free Tips from our expert tipsters when the teams go head-to-head in Super Lig on Monday, 23 January 2023.

Gaziantep knocked out Konyaspor from the Turkish Cup as they won on penalties. They will now re-group and focus on their upcoming fixture against Ankaragucu.

Meanwhile, Ankaragucu shocked everyone as they defeated Besiktas on penalties to advance to the next round of the Turkish Cup. They have performed poorly in their league fixtures as they have lost their last three matches.

Who will win the match between Konyaspor and Ankaragucu?

The past records show that both teams have struggled to win this game. At the same time, Konyaspor’s last league victory was over two months ago. Also, Ankaragucu have lost two consecutive away matches. Therefore, the chances are high that this game will end in a draw.

This fixture is a low-scoring one in recent times. In three of the last four meetings, the game ended with not more than two goals combined.

Moreover, both teams have scored in two of the last three meetings. Also, they have both scored plenty of goals in their January fixtures. We can back the same trend this time as well.

In the last two years, both teams have struggled to win this game. Also, the visitors are lacking consistency as they have lost three of their last five outings. Therefore, our first tip is that the game will end in a draw– the odd for this tip will be at 3.50 odd.

Also, you can back on Both teams to score – at 1.72. The main reason for this tip is that the last two matches between these two teams ended with nine goals being scored combined, with just one exception.