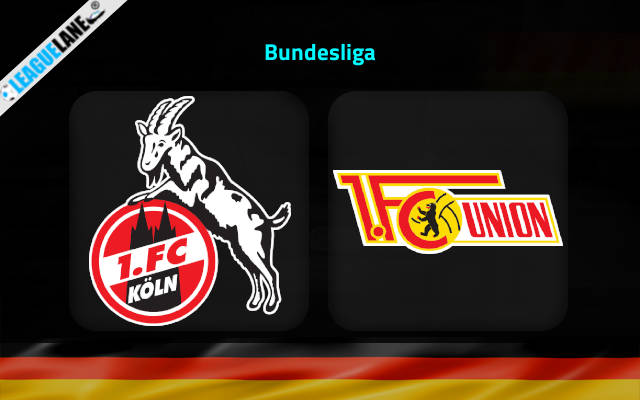 Both FC Koln and Union Berlin are counted amongst the best teams in the German top flight and they secured top tier finishes in the league the previous season. Expectedly, they are also on good runs in the current edition of the competition as well.

At present there are only three teams who still have maintained their unbeaten record in the German Bundesliga this season – these two squads and reigning champions Bayern Munich.

Koln finished seventh in the table the last season and thus secured an entry into the Europa Conference League. It needs to be mentioned that they remained unbeaten in 24 of their total 34 fixtures during this tournament.

At present, they are placed sixth in the table and need a surplus of three points to climb level with the first-placed team. Going on, they are also finding the back of the net in plenty for the past several match-days.

Meanwhile, Union Berlin finished fifth in the table the previous season and thus gained an entry into the current edition of the Europa League. But they missed out on a ticket to the Champions league for just one point and this was such a costly and hurtful miss for them.

They will be eager to make amends this time around and, as expected, are on a great streak of performances at the moment.

Going on goals have also come in plenty whenever these two teams locked horns in the past. For these reasons expect a high-scoring affair this Sunday.

Koln are on a five-game unbeaten run, and remained so in 13 of their previous 15 fixtures., they went on two separate two-fixture winning streaks.

Union Berlin were unbeaten in 21 of their past 24 overall fixtures, and they went on two separate three-game winning streaks, as well as another four-match winning stretch.

Considering these observations and previous head-to-head scorecards, expect a high-scoring thriller this Sunday.