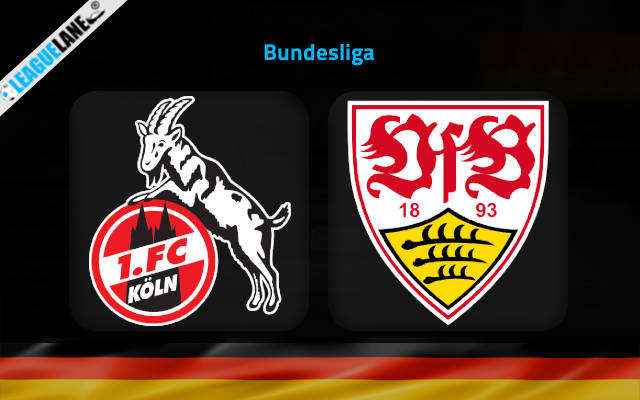 FC Koln survived a tough trip to Frankfurt last weekend, maintaining their unbeaten record at the start of the new Bundesliga season by holding UEFA Europa League winners Eintracht to a 1-1 draw at Europa-Park Stadion.

The Billy Goats were en-route to suffering the maiden loss of the campaign when Kamada broke the deadlock late in the game.

However, substitute Jan Thielmann cancelled his opener eight minutes from time to give FC Koln a big point on the occasion.

The team led by Steffen Baumgart now have five points from the opening three rounds. It is a decent return if we know they have already played the likes of RB Leipzig and Eintracht Frankfurt, both on the road.

FC Koln will be the favorites to maintain this undefeated record on Sunday afternoon when they host VfB Stuttgart in the fourth round of the competition.

The visitors did not hold on in the last weekend’s clash against Freiburg. They suffered the inaugural defeat of the season, failing to convert any of their numerous chances in front of Freiburg’s goal on the occasion.

However, American manager Paolo Matarazzo has nothing bad to say to his players who offered a strong display on the occasion.

Knowing that Stuttgart had earlier been unbeaten in the matches against RB Leipzig and Werder Bremen, we can’t say they are playing bad at the start of the season.

FC Koln saw off Schalke 3-1 in their lone home fixture this season in the league. They have done well historically against Stuttgart at RheinEnergieStadion.

We see the value in backing the home win pick at the 2.05 odds. We also like the Both Teams To Score option at the 1.57 odds knowing that both outfits have done well offensively so far in the season.