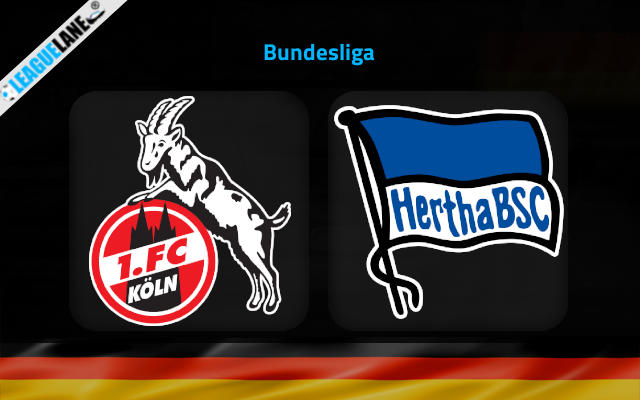 Koln will kick off their new Bundesliga season with the home fixture against Hertha Berlin on Sunday afternoon at RheinEnergieStadion.

Koln and Hertha were forced to dig deep to save their elite class statuses in the previous term of Bundesliga.

Both teams had rollercoaster campaign packed with managerial changes and miraculous saviors at the death of the campaign.

While Pal Dardai rescued Hertha in the regular season, Friedhelm Funkel had to survive the late relegation playoffs drama after taking over Markus Gisdol back when Koln had been inside the bottom-two.

Koln were on the brink of an abyss after losing the first leg of the playoffs 0-1 at home to Holstein Kiel, but they came up big to destroy the rivals 1-5 on the road and thus secure another top flight chance.

Koln are desperate to improve their attacking record ahead of the new Bundesliga season. They failed to find the back of the net in as many as 12 distinct games last time out.

This is why they signed returnees Mark Uth and Anthony Modeste who should strengthen the team’s attacking potential significantly. We can’t forget Sebastian Andersson who is fit and ready to shine again.

Hertha once again made some glamorous signings as they acquired Kevin-Prince Boateng and Stevan Jovetic to replace the departures of Matthew Leckie, Jhon Cordoba, and Sami Khedira.

It will be very interesting to see if they can propel themselves up the Bundesliga standings this time around.

We saw no goals at all in two head to head encounters between these two outfits in the previous term of Bundesliga.

Koln were much more successful historically in home clashes with Hertha, beating them 17 times and losing 10 out of 30 encounters.

Both teams scored only once in the last six head to head affairs.

Both Koln and Hertha showed a decent form in the pre-season. They also both narrowly jumped above their inaugural hurdles in the DFB Pokal (Jena and Meppen respectively), meaning they should come into this tie on a high.

We genuinely struggle to separate the two teams at this point and are very much tempted by the 3.40 odds offered for the stalemate pick here. The braver tipsters could shoot for the correct score pick and chase the 1:1 scoreline at the odds of 6.50.