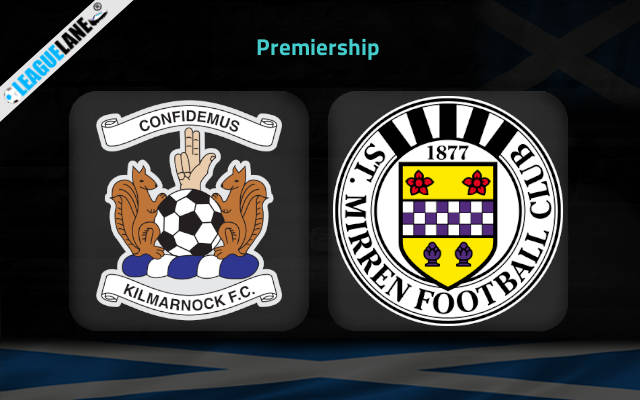 Kilmarnock vs St. Mirren Predictions and Free Tips from our expert tipsters when the teams go head-to-head in Premiership on Monday, 2 January 2023.

Mark O’Hara‘s red card resulted in Livingston snatching one point from St. Mirren last time. They will now re-group and prepare for their first game of the year as they will play against Kilmarnock.

Meanwhile, Kilmarnock supporters are excited as their team celebrated their fifth win of the season against Aberdeen last time. This victory helped them reach the ninth position on the table.

The last three matches between these two teams have ended in a stalemate.
The visitors remain unbeaten in the last five head-to-head encounters. Both teams played in a goalless draw back in October last year. At Rugby Park, the last time the host celebrated a victory against this team was back in 2019.

Who will win the match between Kilmarnock and St. Mirren?

The previous head-to-head records show that both teams have struggled to win this fixture. The last time the visitors won an away fixture in the league was back in August. At the same time, Kilmarnock have lost more than 50% of their matches this season.

With just one exception, the last six head-to-head matches ended with less than 2.5 goals being scored. At Rugby Park as well a similar trend is observed.

You can back the following, as our first tip is that the game will end in a draw– at 3.40 odd. The main reason is that four of the last five head-to-head matches have ended in a stalemate between these two teams. Also, the visitors have a fragile away form this season.

Our second tip is that Both teams to score – at 1.95. We can back this tip as both teams have scored eight goals combined in the last two matches at Rugby Park.