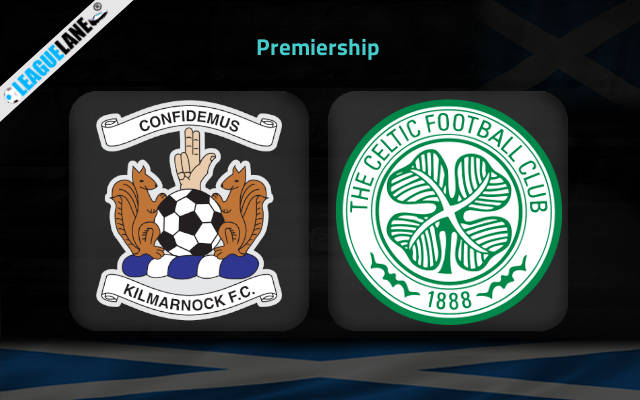 Kilmarnock will continue their tough schedule at the start of the 2022/23 Premiership campaign on Sunday afternoon when they play host to reigning champions Celtic in Matchday No 3 at Rugby Park.

Killie had to face the other Glasgow heavyweight Rangers last weekend, losing 2-0 at Ibrox Stadium.

The team led by Derek MicInnes did not show anything in the final third on the occasion, failing to register a single shot on target against the UEFA Europa League runners-up.

Killie are most likely in for another very similar contest on Sunday at noon against Celtic who have opened the season with a perfect record of two wins in two outings.

Nonetheless, Ange Postecoglou’s men had to dig deep to get the three-pointer in the last weekend’s away fixture against Ross County.

Ross County, who defended throughout the entire 90 minutes of play on the occasion, had a 1-1 draw going into the final 10 minutes of the game.

However, the champions managed to find two goals within the last six minutes to grab an important Gameweek 2 victory.

Celtic now have three wins on the spin if we count the 2-0 success against Norwich in their final preseason check at Celtic Park.

The Bhoys have won each of the mentioned three games during this streak by two goals difference, conceding just one goal in the process.

We have a pretty clear picture of what to expect from their clash against newly-promoted Kilmarnock here at Rugby Park.

Celtic to win to nil and by at least two goals difference has to be the way to go based on everything we have seen from these two teams in the inaugural two rounds of the season.

Killie did not have a single genuine look at Rangers’ goal last weekend. You can back Celtic to win to nil at the 1.80 odds.