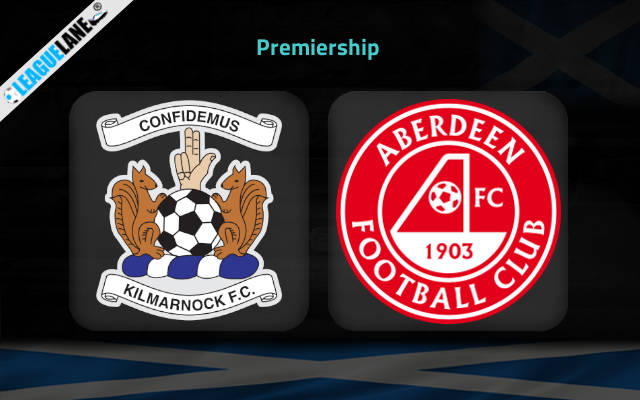 Kilmarnock vs Aberdeen Predictions and Free Tips from our expert tipsters when the teams go head-to-head in Premiership on Wednesday, 28 December 2022.

Kilmarnock played a good game against Motherwell recently and held them to a 2-2 draw. They still have a long road ahead of them as they are in the tenth position on the table. Manager Derek McInnes will have to change his plans for this upcoming game as Alan Power received a red card last time.

On the other hand, Aberdeen are going through a bad run of form. They have lost three consecutive league games. Now they have a chance to return to winning ways as they have a good history against Kilmarnock.

It is very important to mention that the visitors are on a four-game winning streak against this team since 2020. Both teams played against each other in October this year and the visitors won that game by 4-1.

The last time the host won this fixture in front of their home ground was over eleven years ago.

Who will win the match between Kilmarnock and Aberdeen?

We are backing Aberdeen to take all three points from this game. They are the heavy favourites to win as they are on a four-game winning streak against this team. Also, the host are yet to win a home game this month.

In recent times, the host have not scored enough goals against this team. The visitors have kept a clean sheet in three of the last four outings.

The first tip is that Aberdeen will win this game– at 2.30 odd. They have won this fixture on the last four occasions. At this ground as well they have an excellent unbeaten record against Kilmarnock.

Our second tip is that Under 2.5 goals will be scored – at 1.72. Not more than two goals have been scored by both teams combined in three of the last four occasions.