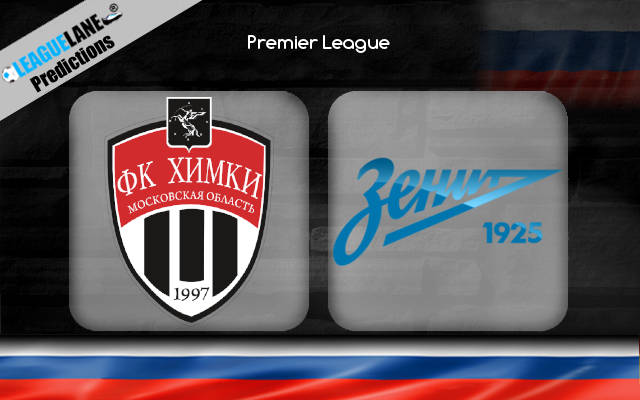 Khimki will wake up into another season of the Russian Premier League on Saturday. The Red Blacks will have their opening match in 2021 against Zenit St. Petersburg at Arena Khimki. They had reached far as the sixth-place last season and facing the reigning champions will surely be a hectic task for the host.

Igor Cherevchenko and his men have appeared in some club friendlies recently. However, their previous major encounter in schedule was at home with Sochi which ended in a goalless draw. It was their third winless fixture within the last five attempts in the league.

The reigning champions will have to wait for a game to return home. But they will play with warmed-up legs after the 3-0 win at home against the likes of Lokomotiv Moscow in the last Super Cup clash at the start of this month in their schedule. With that win, they are unbeaten in the past ten overall fixtures.

Zenit has kept a clean sheet in their last two visits to this venue in Premier League.

Khimki has been unbeaten in their last five home matches with a draw in it. But the reigning champions have lost none of their h2h clashes with the host since 2007.

As such, the away team is likely to have the bragging rights in the game. Besides, expect a couple of goals in ninety minutes.