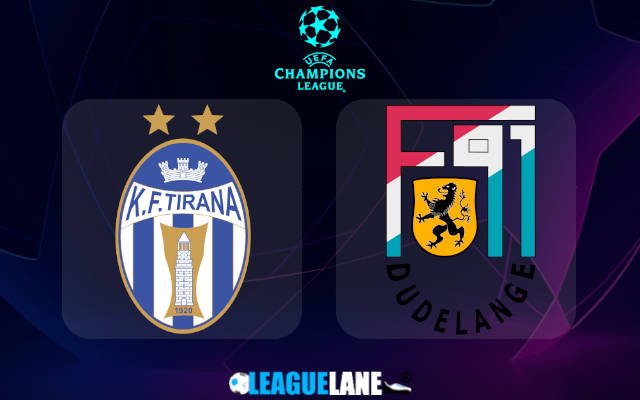 KF Tirana were having a disappointing slump before entering into the Champions League Qualification fixtures. They were on the back of a set of negative displays recorded from friendly outings against some decent outfits. Anyways, they claimed the Superliga title the past season with a huge difference in points.

Meanwhile, Dudelange have been enjoying a decent positive form of late. They were seen recording positive recordings often when looking at their past recordings across competitions. However, most of them were from the Luxembourg National Division fixtures.

The first leg of this qualification match-up ended up in a 1-0 win for Dudelange. It was played in a neutral venue, without having the motivating local supporters. but still, Dudelange sealed a one goal win which is not that secure as KF Tirana will be having a small target.

Both these outfits will meet each other in Elbasan Arena on Tuesday in the second leg of the Champions League Qualification match-ups. We expect a highly competitive clash between them considering their recent recordings and the first leg meeting.

The home form of KF Tirana looks decent enough. They are unbeaten in 8 of the past 10 home outings and have won six of them scoring and preventing goals impressively. Their home run played an important role in allowing them to secure the top spot till the end of the Superliga season.

On the other side, Dudelange is also seen recording impressive displays of late on road. They have only lost one in the past 5 on road outings across all competitions.

Anyways, we are of the view that KF Tirana will end up outscoring Dudelange as they looks decent enough while playing both home and away fixtures. Their competitive strength looks better than that of Dudelande. Hence, we back Tirana to seal a win from this fixture.