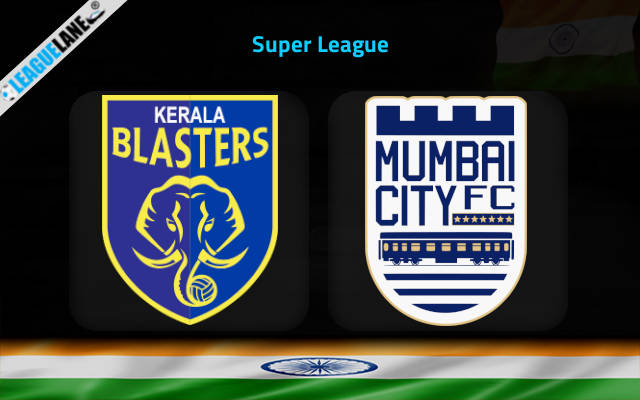 Kerala Blasters are undefeated since the end of November. However, registering a few draws along the way has stopped them from running away with the premier.

Defending champions Mumbai City will head into the fixture winless in a month. However, they would know that a win here could work wonders for the club.

The Tuskers came away with a comfortable 0-2 win on the last match day against Odisha. This was the club’s 3rd win in five league fixtures.

Having dropped points twice through draws from those fixtures, the club is now top of the league, a point clear of 2nd place team Jamshedpur.

The Islanders in their most recent fixture suffered a 0-3 loss against Bengaluru. The result marked the third loss for the club in five fixtures in the ISL.

Gaining just a couple of points from those fixtures the club now sits fourth in the table, three points behind their opponents for the weekend.

The average score line in the previous six h2h fixtures between these sides is three goals per game.

Furthermore, Mumbai have scored the most goals in the league this season and their average combined score line in five previous fixtures is 3.60. Hence, three or more goals are likely to be scored.

Kerala are in impressive form undefeated in ten league fixtures and have won half of those matches. Whereas their opponents are struggling being unable to register a win in five preceding fixtures.

Considering the above, contrary to what the h2h record might suggest Kerala Blasters are my pick to take all points from the fixture.