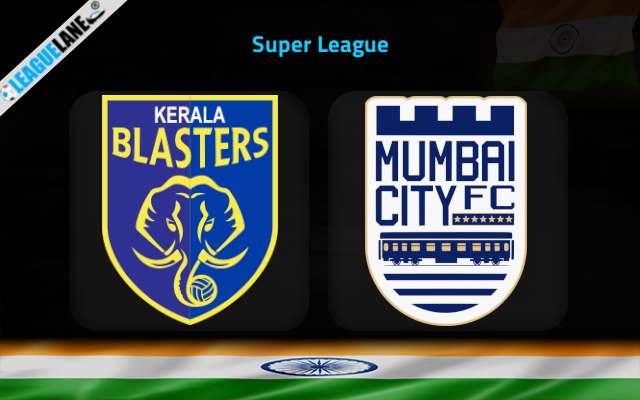 Kerala Blasters failed to keep their consistency in winning games. They are currently having a seesaw of form in the league. As a result they are pushed out from the first four to occupy the edge of the Play offs Zone on the table. They have to win their next fixture to secure themselves in side the first four.

They have managed to record a motivating 3-0 win over Channaiyin FC after failing to register a win in a couple of league fixtures. They will be hoping to count that win and they must for keeping their league play-off chances alive.

Meanwhile, Mumbai City have managed to seal a couple of wins recently. Most recent of those recorded against Goa. They scored two unanswered goals in that match.

They sits fourth on the table with 31 points in total. They have a decent attacking lineup while their defensive side is not that impressive. However, they will entering the coming fixture with enough of confidence.

By the looks of things, either of these outfits will be desperate to seal a win. Therefore, we expect a highly competitive encounter at Tilak Maidan on Wednesday when these two outfits lock horns in a must win Super League fixture.

On the other side, Mumbai City are winless in four of their past 6 league fixtures in away outfit. Despite of the strong head to head stats, we don’t quite see any other possibilities for concluding on a note positive to Mumbai.

Analyzing all the above stats, we see draw as an ideal option for this one. Both these outfits looks capable of scoring and hence, we are backing the Both teams to score option.