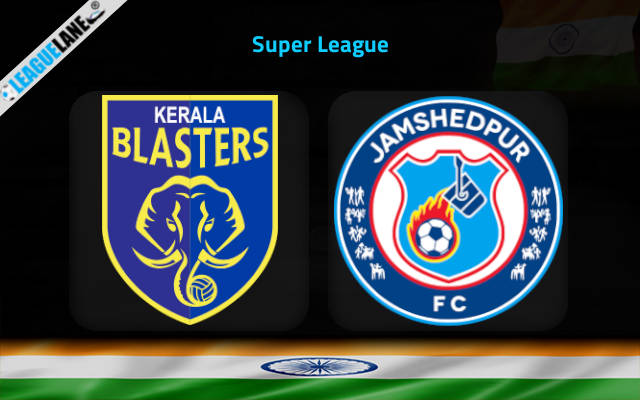 The semi-finals are underway in Indian Super League and we have the second leg match between Jamshedpur FC and Kerala Blasters this Tuesday at Goa.

The first leg match between the teams ended in a in for Kerala Blasters. Sahal Abdul Samad’s goal helped Blaster to take the much need lead in their away match. The match ended with 0-1 FT score. They will play with a 1-goal lead advantage in their home ground.

Kerala Blasters have played well in their matches this season. They have reached the semi-finals of Indian Super League for the third time. The team is now unbeaten in their last four matches and will hope to keep this streak going. At the end of regular season, the team sits fourth on the league table with 34 points.

Jamshedpur has had their first win in the eight matches against Kerala Blasters in their last match. The team has performed exceptionally well in their matches this season and stands first on the league table after the regular season. However, they move on to the second leg with a disadvantage.

Both teams have played exceptionally well in their matches this season. The strong teams will face each other to secure their position in the finals. Before the start of the semi-finals, both teams were unbeaten in over last four matches.

Kerala Blasters move on to the second leg with an added advantage of 1-goal lead. They also have the advantage of playing in their home ground, where they have not lost in the last five matches. Four of the last five home matches have ended with over 1.5 goals for Kerala Blasters. Jamshedpur’s recent away matches have ended in wins for the team. They will look to keep this streak going.

Looking at the records, the match is most likely to end in a win for Kerala Blasters. Both teams will probably score in the match.