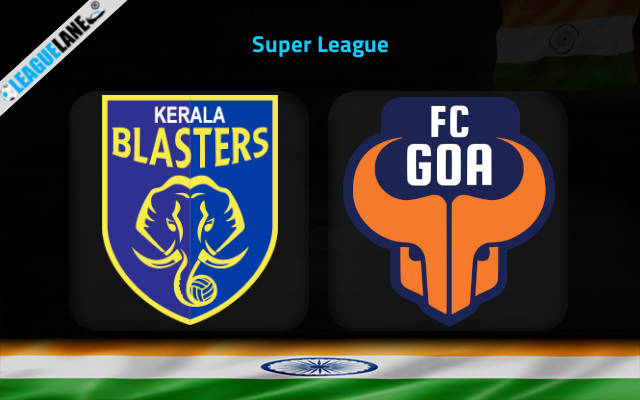 The Yellow Army is at the brink of getting into the Play Offs as they have now undergone 7 games unbeaten while the Gaurs come into this fixture on a previous loss and are without a win for the past 3 games. The Tuskers hope to gain momentum at their home ground on Jawaharlal Nehru Stadium this weekend as they invite the visitors for Match day 9.

The Gaurs are at the 8th spot on the standing with only 8 points. The number of matches they won and drew stand 2 each while they suffered 4 defeats. They have scored a total of 11 but have conceded 16 from the 8 games played so far.

FC Goa scored 9 times while their defenders saw 8 goals go past them over their prior 5 league fixtures. After drawing against Hyderabad and Odisha, they were outplayed by ATK Mohun Bagan ending in a loss by 1-2.

The Tuskers reside at the 5th position on the table with 13 points in hand. Of the 8 matches played, they won thrice of them while drawing 4 times and losing only on 1 occasion. Their total goals to conceding ratio stands at 13:8 so far in the league.

Over the last 5 league fixtures, Kerala Blasters have amassed a total of 10 goals while letting in only 3. Their defensive lineup is quite remarkable and has the second best conceding number in the league.

Goa have won just one of their last 5 Indian Super League away games and has failed to keep a clean sheet in their last 12 matches. Kerala Blasters on the other hand has conceded at least one goal from the visitors during their last 6 home games.

The hosts have never lost a game at home this season while the visitors have lost 3 out of the 5 away fixtures held in this edition of Indian Super League. Therefore, we expect the hosts to emerge out victorious at the end of final whistle in Jawaharlal Nehru Stadium this Sunday.