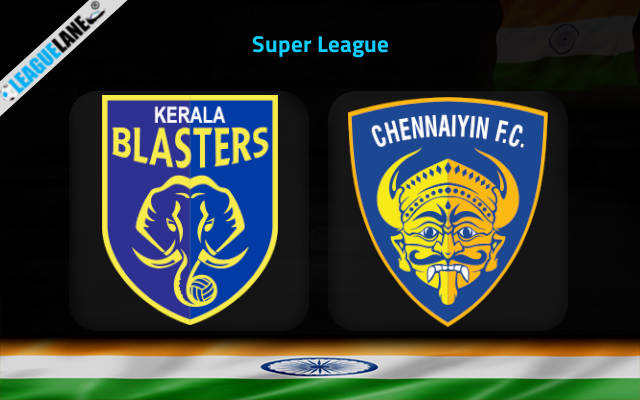 Kerala Blasters are currently out of the playoffs zone. However, their fate for the playoffs lies in their hands as winning the rest of their games, including the most crucial one against Mumbai City, in the penultimate fixture of the regular phase should seal their spot in the playoffs.

Chennaiyin are realistically out of the race for playoffs; however, Syed Sabir Pasha’s men would love to spoil their neighbouring rivals’ chances of getting their hands on their first ISL title; when the clubs meet at Tilak Maidan this Saturday, in a heated Southern Derby.

Manjappada on the last match day suffered a 2-1 loss against league leaders Hyderabad FC. The result being their second loss in four league games.

Managing to add seven points to their tally from the last five league games, the club is now 5th in the league table, a point behind 4th place Mumbai City.

CFC were last seen in an embarrassing 1-4 loss against 2nd place team Jamshedpur; the result was their 3rd loss in four league games and took their winless run to six.

With just two points from their last five league games, the club is sitting eighth in the league, seven points behind their Western neighbours.