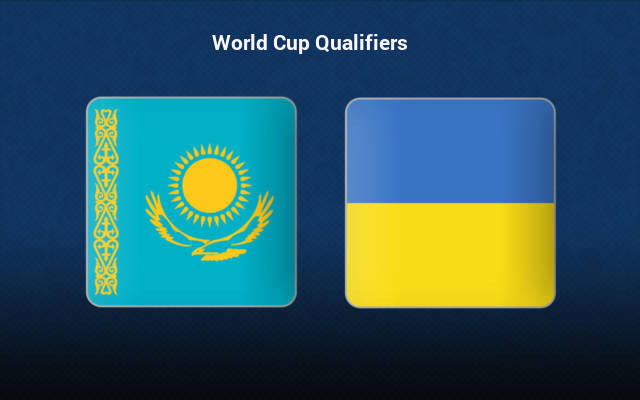 Ukraine are the best team in the group after world champions France, and they are rightfully placed at the second spot at the moment. Meanwhile, Kazakhstan are the worst amongst the five squads, and are obviously expected to lose this Wednesday.

Ukraine are ranked 25th in the world, and they are on a good run at the moment.

They have so far maintained an unbeaten run in the Qualifiers, and while they are not expecting to top the group and secure direct promotion – they are surely going after the next best option – a ticket to the Second Round of Qualifiers.

In the meantime, Kazakhstan are ranked 124th in the world – 99 spots below their counterparts for the day, and they are also on a poor run. They are placed bottom-most in the table, and are yet to win a game this campaign. Note that they have also scored the most as well as have conceded the least in the group.

By the looks of things, expect a win for Ukraine.

Kazakhstan were held to a 0-0 draw the last match-day in the tournament by this same opponent, and it was in March. In the meantime, Ukraine are more match-ready, as they took party in the Euros, and are also one of the top-performing teams in Europe.

They also have a great h2h record against this foe, and they were unbeaten in eight of their preceding eleven games.

On the other hand, Kazakhstan are on a nine-game winless run, and they had also remained so in 14 of their former 16 fixtures.

Judging the current form of these two teams, the h2h record over the several years, and their respective world rankings, expect a thorough win for Ukraine this Wednesday.