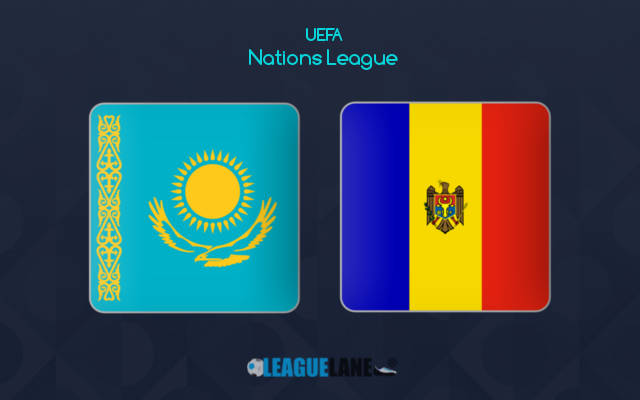 Kazakhstan will welcome Moldova at the Astana Arena for the second leg of their UEFA Nations League Play-out Final this Thursday. The competition’s two-legged Play-outs will decide which nation will stay in League C and which will fall to Europe’s bottom tier position.

Kazakhstan registered their first competitive victory since September 2020, defeating Moldova by 2-1 at the Stadionul Zimbru in the first-leg of their UEFA Nations League play-out. An own goal from Posmac in the 79th minute gave the Hawks their hard fought one goal lead.

Kazakhs averaged under a goal per game in Nations League Group C4, despite facing off against the likes of Albania, Belarus, and Lithuania. The lowlights featuring an 8-0 drubbing by France and consecutive home defeats by Bosnia and Finland ended their chances to qualify at the 2022 WC .

Moldova is on a dreadful run, losing the last 10 matches in a row across all competitions. They finished bottom of qualification Group F for the upcoming Qatar 2022 World Cup, with just a single point to show from their 10 games.

They come into the game on the back of a 4-0 defeat to South Korea in an international friendly fixture in January followed by their previous first-leg loss to Kazakhstan.

Kazakhstan has won only once of their last 10 home games and that too happened previously against Tajikistan with a 1-0 win at an International friendly. Furthermore, the Hawks have won their first h2h home game against this rival in 2019 maintaining a cleansheet.

On the other side, Moldova seems pretty awful on road, losing a jaw dropping last 17 away fixtures in a row. That includes all of their 5 World Cup qualifier games.

With a 1-goal lead in hand, Kazakhstan could score one more at their home ground against this pathetic away side. A defensive style of play can be seen with under 2.5 goals being scored between the two.