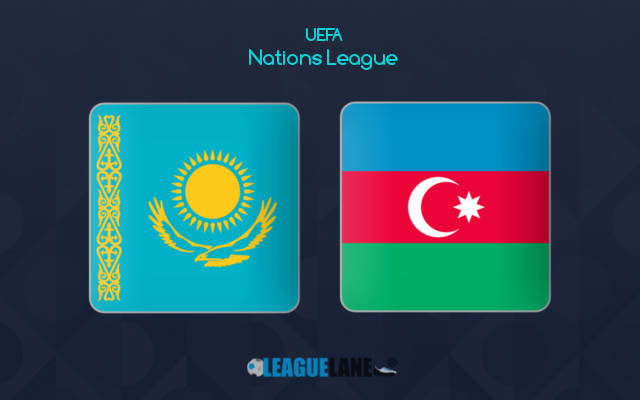 Kazakhstan host their first Nations League match this season against Azerbaijan. The match will take place in Astana Arena on Friday.

Kazakhstan has won consecutively in the last three home matches and has kept clean sheets in two of them. They played their last match against Moldova in the UEFA Nations League 2020-22 playout matches. Kazakhstan won in first leg of the match, securing 1-2 FT score. However, Moldova was the sole scorers of second leg match in full time. Kazakhstan secured the win in the penalty shootout.

Kazakhstan had finished dead last in their group matches last season. From the six matches played, the team had one win, one draw and four losses. They will hope for better results in this season.

Azerbaijan’s recent matches show the team playing in friendlies and in World Cup Qualifiers. They have not achieved the best results in their matches recently. They have not secured a win in the last ten matches, in which they have failed to score in five of them. Even looking at the Nation’s League matches; the team didn’t secure a promotion from the group stage matches last season.

Azerbaijan played their last match against Latvia. Latvia scored the only goal of the match in the last minutes, making it difficult for Azerbaijan to score an equalizer. The match ended with 0-1 FT score.

Kazakhstan is on a win streak in their matches after they put an end to their cold streak, which had lasted for fifteen matches. Azerbaijan, at the moment, has not secured a win in the last ten matches.

The hosts have won consecutively in the last two home matches. However, before their wins, the team was winless in nine matches. Azerbaijan is winless in the last five away matches. They have scored under 1.5 goals in the five matches as well.

Kazakhstan will hope to keep their win streak from breaking. We can expect the match to end in a win for the hosts. Both teams have scored under 1.5 goals in most of their recent matches. So, the match will most likely end with under 2.5 goals.