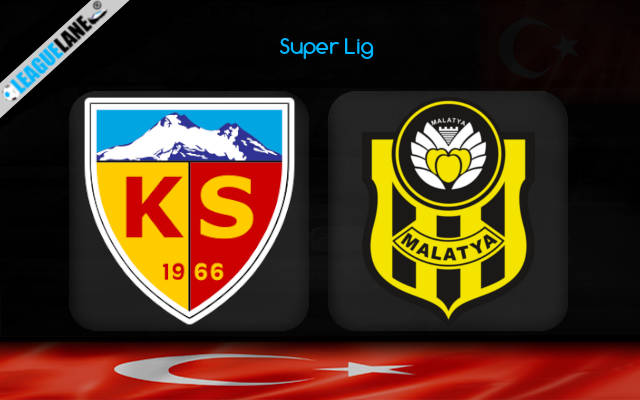 Kayserispor faced Trabzonspor in their last match. The match was a tight one with both teams scoring their goals in the last minutes. Two goals scored by Kayserispor gave the team the much-needed lead, which ensured the win for them. The match ended with 4-2 FT score.

With the win in the Cup matches, a cold streak which had lasted for four matches ended. Looking at the league matches, the team has played poorly recently. They have only one win to show from the last ten matches and from the remaining matches; the team got six wins and three draws. The team now stands 15th on the league table with 44 points from their matches.

Yeni Malatyaspor has played poorly in their matches throughout the season. The team has lost in more matches than both their wins and draws combined. Their poor performance has put the team dead last, with no chance of escaping relegation zone. With only two matches remaining, the team will surely end dead last in the Super Lig table.

Yeni Malatyaspor played their last match against Rizespor. In the match, Rizespor scored three goals while Yeni could score only one. The match ended with 1-3 FT score.

With only two matches, both teams have no chance in improving their position on the league table. Kayserispor’s current standing has ensured the team a position in the Super Lig in the next season as well. Yeni Malatyaspor has lost consecutively in the last eight matches and they will surely be relegated to a bottom league in the upcoming season.

Kayserispor is the better team of the two and has more chance of securing the win than Yeni Malatyaspor. Both teams have scored in most of their recent matches and can be expected to score so in this match as well.