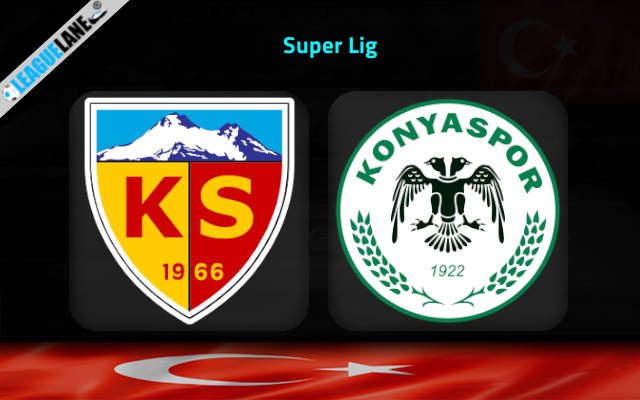 Kayserispor will look to extend their unbeaten streak as they will play against Konyaspor at Kadir Has Stadium. The host are just one win away from reaching the second position on the table.

Two wins in their last three outings have helped the host move to the fifth position of the table with a two-point cushion over their counterparts.

In their most recent match, they defeated Gaziantep by 2-1. It was Ramazan Civelek who scored the winning goal with just two minutes remaining before the full-time whistle.

The team is in great shape as they have won three of their last four games. Also, they advanced to the next round in the Turkish Cup recently.

Meanwhile, Konyaspor had to settle for a 2-2 draw against Trabzonspor. Only Mame Biram Diouf performed well in that game, as he scored a brace. This is their sixth stalemate of the season. Moreover, they are on a three-game winless run.

The visitors have a long road ahead of them if they wish to reach the top half of the table.
By the looks of things, we can expect the host to win this fixture. As the opponents are winless in their last four away matches.

This upcoming fixture is crucial for the host. If they secure a win they will overtake Galatasaray on the table ranking.

You can back the following as our prediction is that Kayserispor will win this game by 2-1 – at 10.00 odd. The host are on a five-game unbeaten streak in the league.

Despite having a good record against Kayserispor, the visitors are not the same team anymore. It is worth knowing that the last time they celebrated a league victory was on the 2nd of October.

Also, our next tip for this game is that Both Teams to Score – at 1.72 odd. In four of the last six head-to-head meetings, both teams have scored plenty of goals. Moreover, the last time both these teams clashed the score line was 3-2.