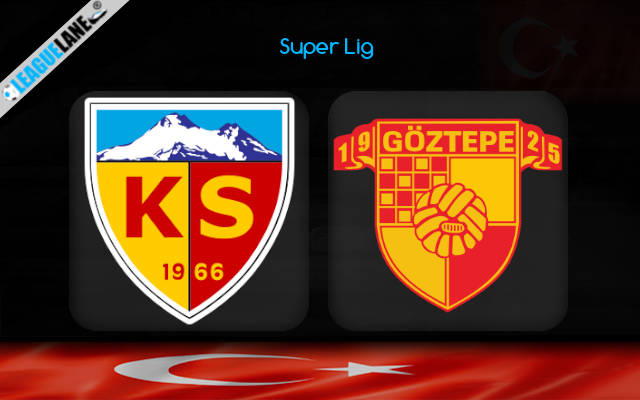 Goztepe are one of the worst teams in the Turkish top flight at the moment, and are placed second to last in the table. Lately, their performances on the road have been really worrisome, and they also have a poor h2h record against Kayserispor over the years.

Meanwhile, the latter have been quite impressive at home. Currently they are in possession of a mid-table spot, but are going after a place in the top-half. Count on them to take advantage of this easier match-up, and try for the full three points.

Kayserispor have been completely unbeaten at home this season, barring their match-up against Trabzonspor, who have a lead of seven points at the top of the table.

Going on, not once have they failed to find the back of the net at this venue all through 2021-22, and even had won five of the last seven appearances here.

On the other hand, Goztepe were winless in eight of their last nine games, and seven of these were losses. Moreover, they have also won just once on the road since May.

Considering these observations, as well as past h2h stats, expect a win for Kayserispor this Monday.

Tips for Kayserispor vs Goztepe