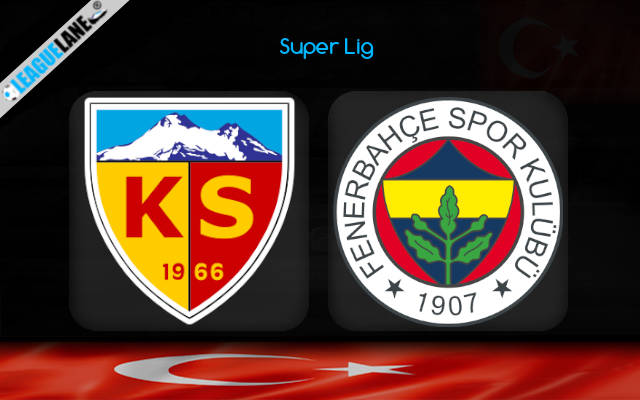 Game week 31 of Super Lig brings us the match between Kayserispor and Fenerbahce on Saturday at Kayseri.

Kayserispor’s recent matches have not been as productive as they had hoped it would be. The team has lost consecutively in their last four matches. They have also got mixed results from their matches throughout the season. Their performance has placed the team 14th on the league table and they have earned 38 points so far.

Kayserispor played their last match in Club Friendly against Genclerbirligi, in which Kayserispor failed to score a single goal in the match while the opposition scored one. The match ended with 1-0 FT score.

Fenerbahce played their last match against Konyaspor. Konyaspor had scored the first goal of the match. However, Fenerbahce came from behind and scored two goals, ending the match in a win for Fenerbahce with 2-1 FT score.

Kayserispor are seen to be in a bit of trouble with their form. They have lost consecutively in their last four matches. Fenerbahce, on the other hand, has played well in their matches. They are unbeaten in the last five matches and have lost in only one of the last ten matches. Both teams have scored in most of their recent matches as well.

Looking at the records, Fenerbahce is most likely to win in the match. The match is also likely to end with over 2.5 goals, with both teams contributing to the scoreboard.