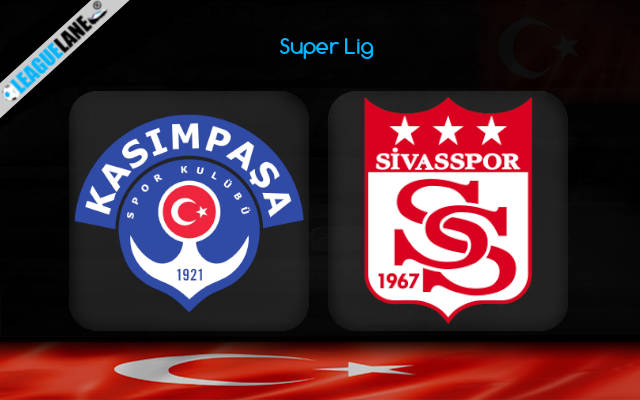 Kasimpasa have been struggling for goals since the start of the season. They scored no more than three times in the last five league affairs. They are up against in-form Sivasspor who have kept three subsequent clean sheets going into this one. The away win to nil is the way to go.

Sivasspor won three, drew one, and lost one of the last five clashes against Kasimpasa.

Three of the last four head-to-head games between these two outfits ended with fewer than three goals scored.

Sivasspor claimed a 2-1 win in the previous meeting with Kasimpasa, played in May this year.

The hosts will be looking for points to move away from the very foot of the league table, but they will face hard times doing so given the opposition comes in the likes of in-form Sivasspor side.

The visitors will come into this on the back of three straight league wins. They moved up to the 10th position in the league table as a consequence.

Head coach Riza Calimbay can be thrilled with the improved of his team’s back line in the recent outings.

Sivasspor scored six and conceded zero goals in the last three league wins, a run that includes a 1-0 victory over Galatasaray on Monday afternoon.

On the other side, we have Kasimpasa who have won only two fixtures since the start of the season.

The hosts are winless in five successive league outings, a run that saw them claim just two points along the way.

Tips for Kasimpasa vs Sivasspor