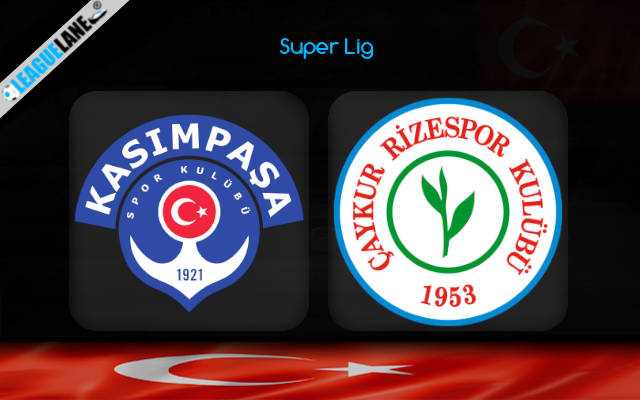 Game week 29 of Super Lig brings us the match between Kasimpasa and Rizespor on Saturday at Istanbul.

Kasimpasa played their last match against Goztepe. By the end of the match, Kasimpasa had scored three goals while Goztepe could score only two, ending the game in a win for Kasimpasa with 2-3 FT score.

Rizespor failed to maintain the lead they had secured in the match. Giresunspor evened the scoreboard with a penalty in the last minutes of the first half and secured the lead in the second half. Rizespor couldn’t score an equalizer, ending the match with 1-2 FT score.

Kasimpasa failed to keep the unbeaten streak they had achieved at the start of this year. Their inconsistent form has affected their standing on the league table, putting them at the bottom half of the league table. They currently stand 15th on the table with 32 points from their name.

Rizespor has played poorly in their matches. They can’t seem to find wins in their matches and even if they find a win, they can’t keep a streak going most of the time. The team has also lost in greater number of matches than both their wins and draws combined. Their performance has put the team in the relegation zone with only 23 points to their name.

Both Kasimpasa and Rizespor have not played well in their matches this season, which has put the team in the bottom half of the league table. Kasimpasa is inconsistent with their wins, while Rizespor has not found as many wins as they had hoped for.

Kasimpasa’s loss in the last match has ended the team’s four-game unbeaten streak. They will hope for a win in this match to make up for their last match. Rizespor, on the other hand, has not had a single win in their away matches.

So, I believe the match is most likely to end in a win for Kasimpasa.