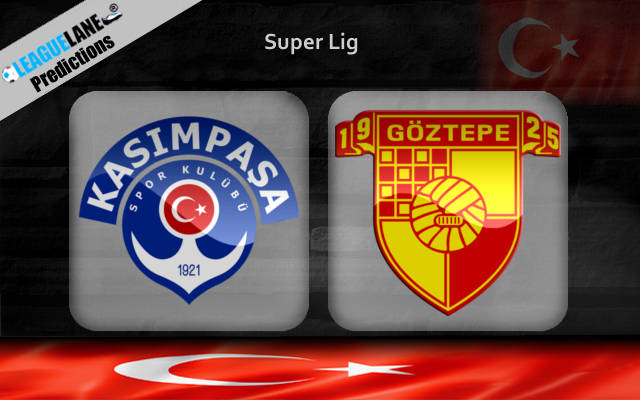 Goz Goz have a single win to their name this season, and that had come against Denizlispor – one of the weakest teams in the competition. The former also have been on a worrying run on the road for the past several months.

Meanwhile, the Apaches have been one of the best in the Super Lig for some time, and they have been impressively consistent at home for over eight months.

On top of that, they also do have a 100% unbeaten record against this opponent over the years.

Likely, expect Kasimpasa to continue their invincible run against Goztepe this weekend as well.

Ilhan Palut’s men were winless in 16 of their former 20 overall games, and they have recorded a total of just one win so far this season. On the road, they had lost five of their former seven games, and have not won a single game away from home since February of 2020.

Meanwhile, their counterparts were unbeaten in 16 of their preceding 19 overall games, and they have been on an invincible run at home since the first week of February.

On top of that, they had also kept clean sheets in six of their last nine match-ups at this venue.

Most importantly, the Apaches would have had a perfect winning record against this rival, if not for a single draw in 2019. Still, they have managed to win every such game at this ground, and have scored two or more goals in all such fixtures.

Taking into account these stats, expect Kasimpasa to be the better team on the pitch this weekend.