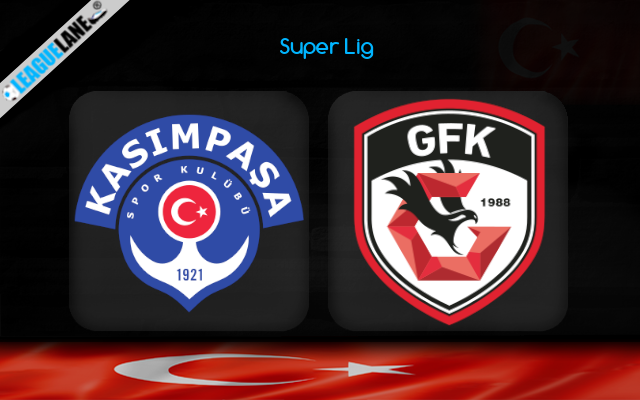 Kasimpasa are having an average form overall this season. They have been recording inconsistent displays since the beginning and as a result they occupies 13th spot on the table. However, their form has been bettering of late.

Kasimpasa recorded a 0-2 victory on road against Yeni Malatyaspor in their most recent league fixture. With that win, they are now on the back of three subsequent league victories. They will be having positive spirits following such a set of recordings.

Meanwhile, Gaziantep have been going through a seesaw of form in the league lately. They sits 12th on the table with a total of 40 points in hand. They have an average offensive and defensive lineup.

Gaziantep ended up their winless streak by recording a 3-1 win against Galatasaray in their most recent league fixture. They were on the back of 6 subsequent winless games before recording the above victory.

Kasimpasa have won 5 of the past 8 home affairs across all competitions. Each of those 5 winning fixtures saw two or more goals scored by Kasimpasa. They have not failed to score at this venue since September 2021.

On the other side, Gaziantep are on the back of four consecutive losing games on road. Out of that four, three were Super Lig fixtures. Also, we can see them leaking two or more goals in each of those losing fixtures.