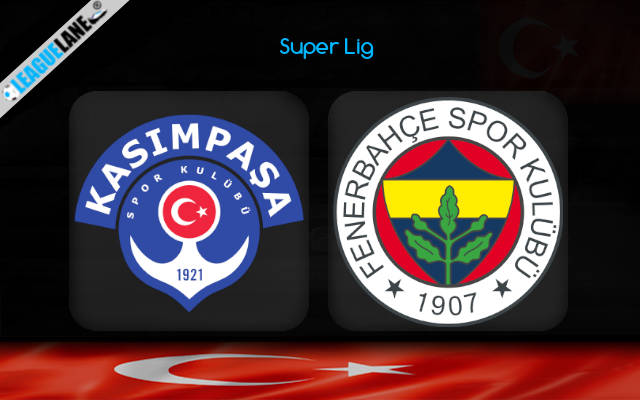 Fenerbahce have been one of the absolute best teams in the Turkish top flight for the past several years and they had secured a second-place finish the last time around. Meanwhile, Kasimpasa had to settle for a mid-table finish at the same time in the league table.

They had remained winless in 23 of their total 30 league games the previous season and all along they had let in a total of 57 goals.

Meanwhile, Fenerbahce had scored the most number of goals of all the teams in the competition, and only two other teams had let in fewer goals than them as well.

Going on they have been on a good streak lately, and are consistently finding the back of the net. Moreover, they have also been on a long unbeaten run away from home as well.

And on top of all this, Kasimpasa have a poor head-to-head record against this opponent over the years. Taking into account all these observations it is expected that we are about to witness a victory for Fenerbahce this Monday.

Kasimpasa were winless in 5 of their past 7 overall fixtures and they had let in 2 or more goals in their last 5 games in a row.

They were also winless in 6 of their past 9 appearances in front of their home crowd and they had let in a total of 9 goals from their previous 3 home matches as well.

On the other hand, Fenerbahce are on a 24-game unbeaten run and in the process they had gone on separate 8-fixture as well as 5-match winning streaks. Moreover, they are also on an 8-fixture unbeaten run away from home and impressively 5 of these were wins.

Taking into account these observations expect a victory for Fenerbahce this Monday.

Tips for Kasimpasa vs Fenerbahce