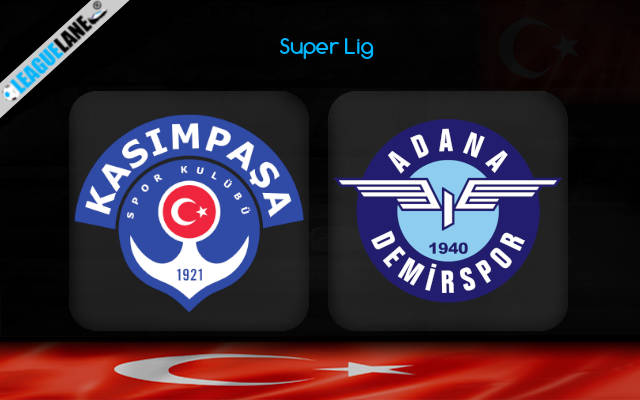 Adana Demirspor have proven its critics wrong this season. Last season the team finished 10th in the league. Now they are at the top of the table. They will travel to Recep Tayyip Erdoğan Stadyumu to clash with Kasimpasa on Matchday 10.

In the game against Trabzonspor, the host had to settle for a goalless draw. This is their first stalemate of the season. The team currently has the worst goal difference ratio however they remain in the ninth position.

It seems that Adana’s energetic start has slowly faded as their last two matches have ended in a stalemate.

Most recently, they faced Gaziantep the game ended in a goal less draw. In the last twelve minutes of the game Gaziantep were down to ten men yet Vincenzo Montella’s side could not make the most of it.

The recent form shows that the host are playing recklessly as they received a red card in two of their last three matches.

Apart from their 3-0 victory against Antalyaspor, the league leaders are winless in three of their last five matches.

If the host manages to win this fixture it will not make any big difference in their table ranking.

Our prediction is that Both Teams to Score in the second half – the odd for this tip will be at 2.75. So far, the visitors have scored three goals in their last two matches out of which two were scored in the second half. This is also applicable to Kasimpasa. Therefore, we can expect the same trend to continue in this game as well.

Our next tip for this game is that Adana Demirspor will score Over 1.5 goals – the odd for this tip will be at 2.00. Many key players will be available for selection ahead of this game, therefore we can expect the visitors to score over 1.5 goals against Kasimpasa.

Both Teams to Score in the second half 2.75