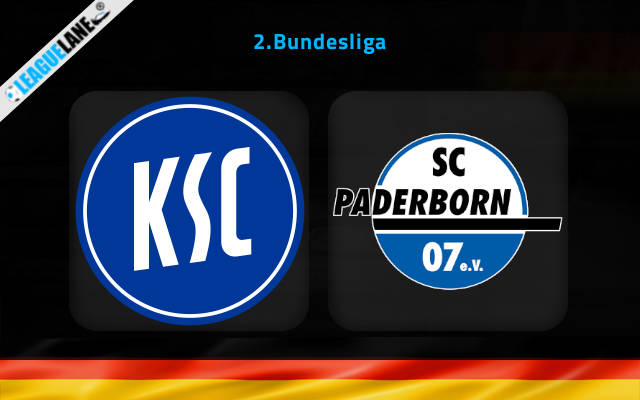 Karlsruher vs Paderborn Predictions and Free Tips from our expert tipsters when the teams go head-to-head in 2. Bundesliga on Friday, 27 January 2023.

Manager Lukas Kwasniok has high expectations from his team as they will play in their first league match since November. This break was much needed for them as they were on a five-game losing streak earlier.

Meanwhile, Karlsruher have had a disastrous experience in their friendly matches. As they only won a single game out of six matches that they played. Looking at their league form, they have lost more than half of their matches till now.

Paderborn are unbeaten in the last four head-to-head matches starting in 2021. Both teams last clashed back in July and the visitors won that game by a huge 5-0 margin.

Since 2016, Paderborn have played well at this ground as they are unbeaten in three of the last four encounters.

Who will win the match between Karlsruher and Paderborn?

We are backing Paderborn to win this fixture. This is after considering that, they performed well in their friendly games in the last two months. Another reason is that it has been more than two years since the host won this fixture.

It is worth knowing the game ended with more than two goals being scored in the last four encounters. We can expect the same trend to occur this time as well.

It is likely that both teams will score. This is after considering that in the last four meetings, both teams have scored fourteen goals combined, with just one exception. During the friendly games as well they both scored plenty of goals in the last two months.

The first tip is that Paderborn will win this game– at 2.50 odd. Paderborn won the July fixture by a huge margin. Also, they are sixth in the league and have a decent winning record away from home this season.

Our second tip is that Over 2.5 goals will be scored – the odd for this tip will be at 1.61. This fixture is a high-scoring one in the last two years. As a minimum of three goals have been scored in the last three head-to-head matches.