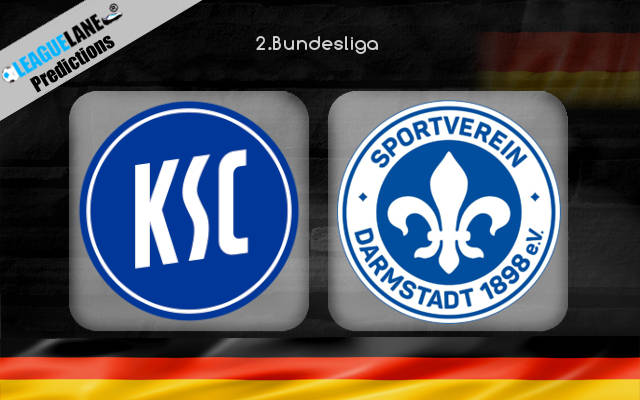 Karlsruher is off to a great start in the German 2. Bundesliga 2021/22 season with a win in the opening match last week. Christian Eichner’s men will lock horns with Darmstadt in the upcoming second round on Friday at Wildparkstadion to build on their win from the last game.

The host is now on a four-game unbeaten run in the league with three consecutive wins in it. The KSC has only two defeats in their last 12 league fixtures. They will return home on the back of a 1-3 win on the road against the likes of Rostock last time out in their schedule.

On the other hand, Darmstadt is not off to a great start in the league this season. The visitor lost their opening game at home to Regensburg with a 0-2 scoreline in the last clash. They had finished their last season with a five-game winning streak in the campaign.

Karlsruher SC has lost only two of their last ten home matches in the campaign. But they have six draws in that period, showing a shaky defense in the middle for the host.

It is likely to see the home team concede at least a goal. Thus, the tip for BTTS will probably come in handy for the encounter. Besides, Darmstadt was unbeaten in their last six outings with a draw in it.

Hence, the away team has a slight edge over the host despite their opening loss.