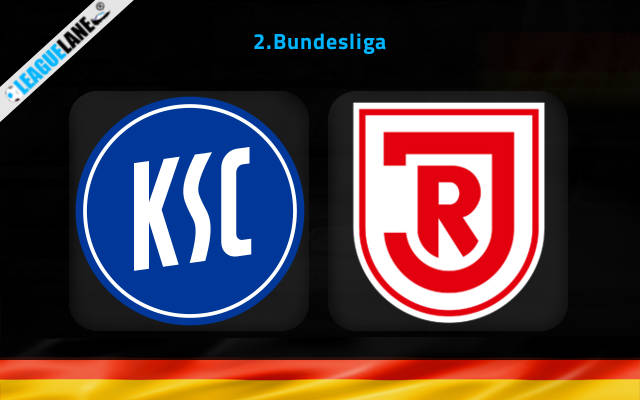 Jahn Regensburg lost 5 of the last 6 league fixtures and are on an awful form as of recent. They haven’t seen a win in over a month and are a mid table side with taking only a point from the last 5 games played. Karlsruhe is just above them, recently out of pace since back to back fixtures. They won and lost twice from the last 5 games played and hopes to get back to the winning ways as they host Die Jahnelf at Wildparkstadion this Sunday.

KSC is at the 9th spot on the standing with 33 points from 25 games. They won and lost 8 times in the league while drawing on 9 other occasions. They scored 42 in total while conceding a sum of 39 which shows some improvement in defense is needed.

Karlsruhe suffered a 1-3 league losing effort in their last game against St. Pauli. It’s been all too rare in recent times where they have kept a clean sheet. In fact, they have seen their defense breached in 5 of their previous 6 games, letting in 9 goals 0n the way.

On the contrary, the visitors resides just below them at the 10th position on the table with 33 points. Of the 25 matches played, they won on 9 games while drawing on 5 and losing on 11 other occasions.

Jahn Regensburg lost the previous league game against Erzgebirge Aue by 0-1. Over the prior 6 league fixtures, they have conceded a total of 10 while they netted only a disappointing return of just 4 from the same.

The visitors have not emerged victorious against Karlsruhe when having played them away from home in the previous 2 league games and they are also without an away win for the past 3 league schedules. Therefore, we predict a home win to occur this weekend.